Free Shipping on orders of $50 or more!

Vote NO on FLAVOR BAN on VAPOR PRODUCTS!

Urge New York legislators to vote against A47 - a flavor ban on vapor products! Simply enter in your information to send the email below TODAY! 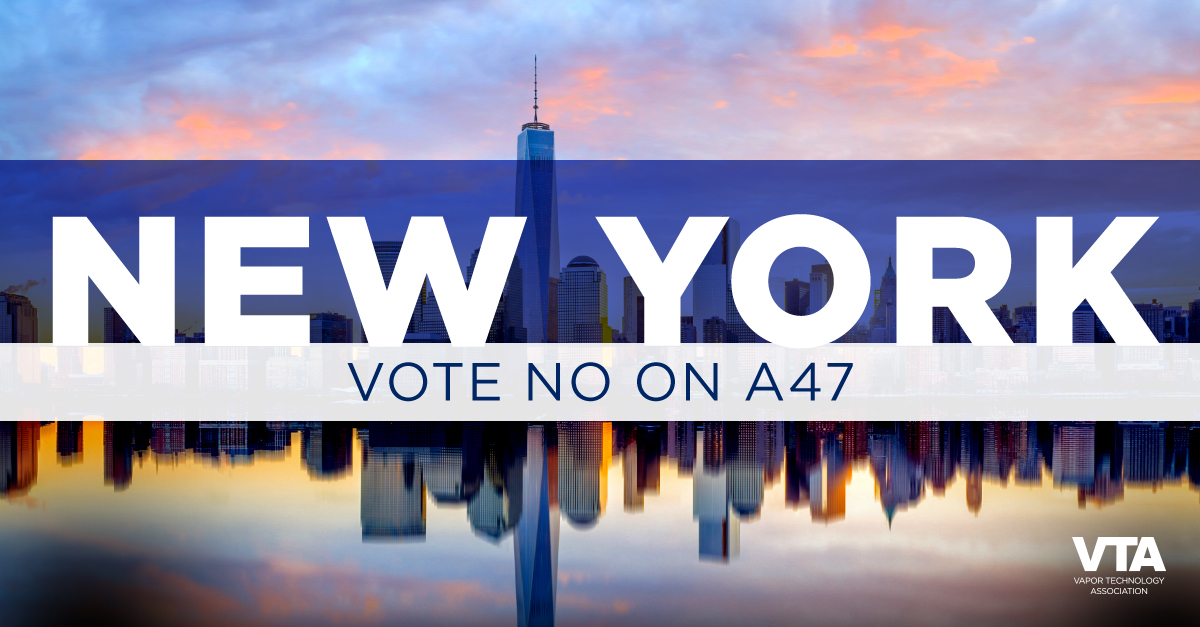 On behalf of business owners in New York and consumers they serve who utilize flavored vapor products as cessation tools, I am asking you to vote NO on A47 the proposed flavor ban on vapor products.

A flavor ban will harm New York businesses and their customers desperate to kick deadly addictions to cigarettes. According the New England Journal of Medicine, vapor products are twice as effective helping smokers quit than traditional cessation methods like nicotine gum or patch. This makes vapor products among the most effective smoking cessation tools on the market.

Two scientific studies of the government’s Population Assessment of Tobacco and Health (PATH) have determined that smokers using flavored vapor products were more likely to have reduced their cigarette consumption or have quit smoking altogether. As smokers transition from combustible cigarettes to vapor products, they first tend to use tobacco and menthol-flavored e-liquids, but eventually transition to non-tobacco flavors as their dependency on combustible cigarettes decreases.

Adults of all ages like many categories of flavors – including fruit, sweet, and cool flavors. As smokers wean themselves off of cigarettes with vapor products, they move toward non-tobacco flavored products to avoid the taste associated with tobacco flavors that they believe may cause them to relapse into smoking. Making it hard for adults to access flavored vapor product will only hinder their attempts and desire to quit smoking.

Studies have also found that non-tobacco flavors do not significantly increase youth interest in trying vapor products and that flavors are not in the top reasons why youth may experiment.

Vapor products are the safest alternative to cigarettes and the most effective tool in helping smokers quit. A flavor ban would severely limit these benefits and harm all the growing New York businesses dedicated to helping their customers quit deadly cigarettes.

Any proposal that bans or limits flavor options for New York consumers directly jeopardizes New York smokers chances of quitting cigarettes by limiting access to these life-changing cessation tools.  Please consider your constituents desperately trying to quit and vote NO on A47 - a flavor ban on vapor products.